Alexander Van Buren is a Certified Master Practitioner of NLP with over 25 years of experience as a life coach, busines coach and trainer.

He is the founder and senior trainer of the NLP & Coaching Institute.

Alexander was certified as a Master Practitioner in NLP in 1997.  He’s trained with most of the major figures in NLP including Richard Bandler, Robert McDonald, Steve Andreas and many more.

His coaching is a synthesis of:

Van Buren is the inventor of over 200 original modeled patterns of excellence. Some of his original therapeutic interventions have been published in Anchorpoint magazine, The Sourcebook of Magic, (Crown House Publishing) and the Big Book of NLP.

Alexander has been a featured presenter for the Stanford Executive Program Graduate School of Business at Stanford University. He is the author of This One Thing and Mastering The Mental Game.

Some of his courses are sold out over a year in advance and a few of his coaching clients travel regularly from as far as New York and the Netherlands to train with him. They include numerous original patterns and interventions not available in any other training anywhere in the world.

Alexander has coached several salespeople to the point of taking home over 1 million dollars a year in take-home pay for the first time in their lives. His executive, life coaching and seminar clients include the managers and senior executives of

He’s also provided coaching and consulting for the director of catering for the Marriott Grand Chateau, an Olympic high jumper, Baseball legend Steve Sax, and famous singers and performers including the concertmaster and lead violinist of the Las Vegas Philharmonic. 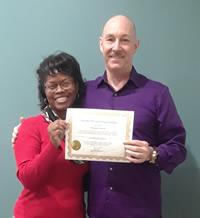 “I learned transformational techniques on how to use language to enhance every area of my life. The demonstrations added so much value to my learning experience. This training will help anyone who wants to change their life or the lives of others through change.”
Rosaland Revels 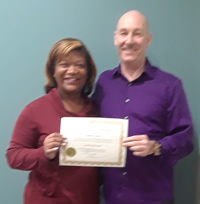 “I learned so much about how emotions can change a situation as well as how powerful language is. I am leaving this training feeling empowered and can’t wait to empower others.”
Natalie Evans 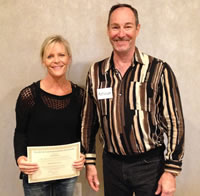 “My life coaching training has not only transformed my life, it will surely make a difference in the lives of everybody I have the opportunity to be of service to.”
Cindy Jacobs 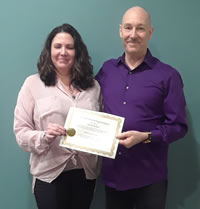 “The life coach certification program was fantastic!  It offered me an in depth understanding as to how I can better serve my clients by applying the structure and techniques Alexander teaches.  I had been working from an intuitive level and struggled to motivate my clients to make changes due to my failure to recognize I needed to use their map of the world, amongst other great insights!  I would recommend this training to anyone hoping to create lasting change in their own life as well as supporting others to create change in their experiences.” Sabrina Shelton Feng Shui consultant and certified life coach

“When we brought our mom to see you, she would cry in the middle of the day and had given up her artwork. She was still grieving our father’s death a year after he passed. It still amazes me that you changed all that in one session. Now she’s her old self again. How could we ever thank you?” Jerry and Jason Misa

“This workshop was amazing. I received the entire structure of how to create a successful coaching business. Alexander is a seasoned, passionate and highly successful coach and businessman. Incredible value.”
Jeffrey Owens